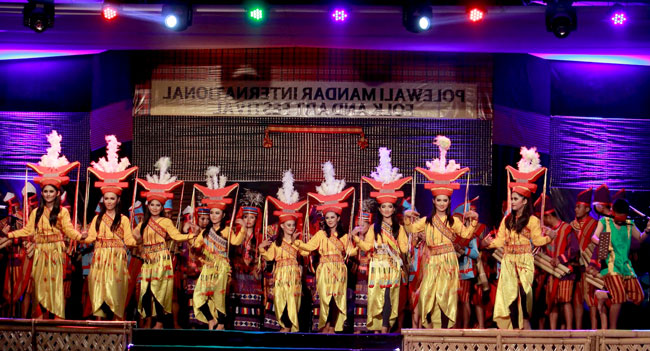 In the western side of Sulawesi, you may find city with the magnificent sight named Polewali Mandar. It would be a waste if tourists overlook the value of Polewali Mandar’s traditional musical instruments. Not only these are used to accompany local dances and events, but some people are interested in learning to play those instruments directly from villagers. No wonder, it has become one of the reasons for tourists to visit Polman! It doesn’t have to be a private lesson to play those, but it can be as simple as watching local musicians playing these beautifully during an event. The best thing is that there are many types of them.

Functions of These Instruments
As mentioned earlier, the locals work hard to retain the existence of their culture. This explains why they always include these items during local events and ceremonies. As for tourists, these instruments become a nice souvenir for them to buy during a visit in Polewali Mandar. It is true the price is considered expensive due to its value, but it is definitely worth the money. What is more? Another important function is the opportunity for learning. Everyone is allowed to learn how to play these regardless of from where they come, including foreigners!

Lots of Varieties Available
As mentioned before, Polewali Mandar has several famous traditional musical instruments. The first noticeable one is called Bandar’s Harp or Kecapi Bandar. This one has a unique shape, which is similar to a miniature of a ship. The instrument is made of woods and it only features two strings. The most important fact is that only two villagers who are still able to master this instrument. Due to such rarity, it becomes the most valuable one as compared to others.

The next noticeable musical instrument is called Pakkeke, which has a unique characteristic. Not only it has a distinct shape, but it also makes a distinctive sound! It is made of bamboo and dried coconut leaves, actually. According to the locals, they often play this instrument when resting on the farm. The purpose is none other than to eradicate boredom in the field. That means it is rare for tourists to be able to listen to the play, as the locals rarely perform it on a stage.

What is next? Everyone should not miss the chance to listen to Calong. This instrument is made of bamboo and coconut shells. Here is the fact. Instead of being played alone, many people play the instrument together (which makes a merry ambiance). Usually, the locals play it during an opening of big events like the Province Sports Week.

How to Get There
The best way to watch local musicians who play those instruments is to visit Polewali Mandar Regency directly. From Mamuju City, though, it takes about 4 hours to get there as the distance is 202.9 km. Do not forget to carry enough money, as tourists may use it to buy a souvenir and pay the lesson fee in how to play the instrument later.